The rector of the UB, Joan Elias, and the mayor of Santa Coloma de Gremenet, Núria Parlon, as president of the company Gameimpuls, have signed a cooperation agreement for the development of activities of the Torribera Mediterranean Center (TMC), a center of the UB and the Culinary Institute of America (CIA), recently created.

Located in the Food and Nutrition Torribera Campus, the TMC works on supporting and promotion activities for research, as well as postgraduate and master studies and other academic programs on aspects related to food and culinary culture in the Mediterranean area and the effects of its diet on health.

In order to reach its objectives, and thanks to this agreement, TMC will share the new facilities in the Escola de Restauració Santa Coloma, managed by Grameimpuls and located in the same campus. Also, they will share the experimental space in Vinya d’En Sabater, and the acivities of ecological agricultural production carried out in the Greenhouse of the Food and Nutrition Torribera Campus. 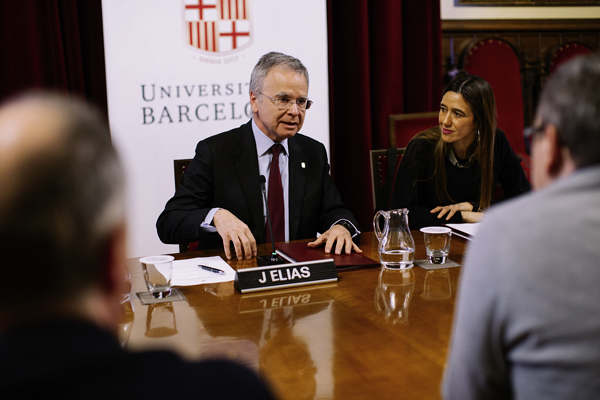