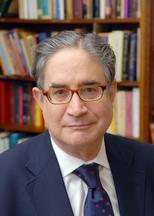 Professor Paul Freedman specializes in medieval social history, the history of Spain, comparative studies of the peasantry, trade in luxury products, and history of cuisine. Professor Freedman taught for eighteen years at Vanderbilt University before joining the Yale faculty in 1997. At Vanderbilt, he focused on the history of Catalan peasantry, papal correspondence with Catalonia and medieval European seigneurial regimes. He was awarded Vanderbilt’s Nordhaus Teaching Prize in 1989 and was the Robert Penn Warren Humanities Center Fellow there in 1991-1992. During that time, he published his second book, Origins of Peasant Servitude in Medieval Catalonia (1991).

Since going to Yale, Professor Freedman has served as Director of the Medieval Studies Programme Chair of the History Department and Chair of the Programme in the History of Science and Medicine. Professor Freedman was a visiting fellow at the Max-Planck-Institut für Geschichte in Göttingen in 2000 and was directeur d’Études Associé at the École des Hautes Études en Sciences Sociales in Paris in 1995. His third book, Images of the Medieval Peasant (1999) was awarded the Haskins Medal of the Medieval Academy of America and the Otto Gründler Prize of the International Medieval Congress. More recently, Professor Freedman edited Food: The History of Taste, an illustrated collection of essays about food from prehistoric to contemporary times published by Thames & Hudson (London) and in the US by the University of California Press (2007).

His book on the demand for spices in medieval Europe entitled Out of the East: Spices and the Medieval Imagination, was his first book related to food history.